What a nothing movie.

Ms. Scrooge sees Cicely Tyson play a race swapped, gender swapped Scrooge living in contemporary Rhode Island. You might think this would make for an opportunity to do an updated political retelling of the story but instead we get a bland, uninspired 80 minutes that looks and feels like an episode of Murder She Wrote. This is the worst kind of bad because it’s just mediocre and boring; it’s not like we ascend to the dizzying lows of Rich Little.

I can’t really fault her performance here, you deal the cards you’re given, but I’m not entirely sure of her choice to use a voice halfway between Steve Urkel and Rich Little as Edith Bunker.

We learn that she employs 16 people, making hers by far the most successful branch of Scrooge and Marley’s across the multiverse. We also learn that she says “garbage” instead of “humbug”. An equally memorable catchphrase.

She has a cat called Mortimer, so she can’t be all bad. 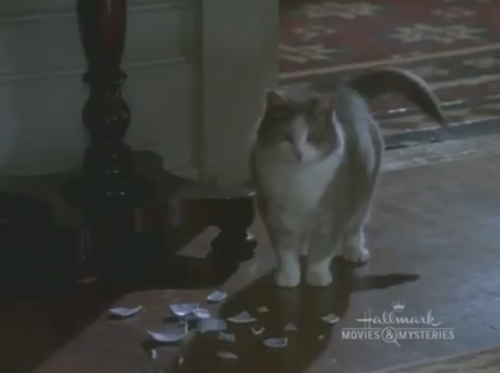 Extremely unceremonious arrival of Maude Marley. No build up. No mystery. No reaction from Ebenita.

This might actually be my least favourite Marley yet. Bored and unintimidating. It doesn’t even feel like she’s a ghost. It feels like she’s one of the Aunts from Sabrina the Teenage Witch.

She does tell us something interesting though; if Scrooge changes her ways then that’s her ticket “out of this”. This is a recurrent theme in Ms Scrooge; the spirits of Christmas that visit Scrooge are real souls who died and went to hell and are now trying to repent. 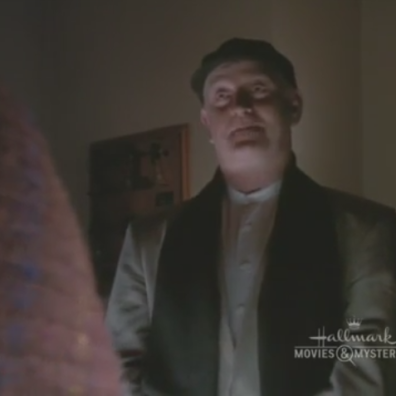 We get Shitty Humphrey Bogart, Neckman and Late 2007 Goth. They’re all pretty uninteresting. Guess they blew all the costume budget on food for the cat.

It’s quite remarkable how little there is to talk about in this film. We race through the Past, Present and Future staves with only a few notable differences.

The first is that we follow Scrooge’s early life very closely. For instance: we learn that, when she was young, her father died in a bad CGI house fire.

I thought they were going to do something interesting about how her father, an African-American, ran a successful business in the 1930s American south. Nope.

Beyond that, we get a fairly detailed picture of her life to date. It’s something that other adaptations could probably afford to do. It’s just a shame that this one is so boooring.

The second major difference is that we see Scrooge die on screen. She collapses after refusing Fred’s request to help Tiny Tim. She almost falls over and Fred offers to help but she says no. Then she dies alone, surrounded by her money. Oh, Fred’s a Baptist minister.

I will give them this: in refusing Fred’s aid out of pride, they managed to contrive an effective workaround of why Scrooge dies if he/ she doesn’t reform. The funeral scene, attended only by Fred, his wife and Bob Cratchit (who turns up late) is sad.

The third difference is that, instead of some unnamed condition, the film mentions offhand that Tiny Tim is dying of a “slow growing congenital tumour”.

I will admit that that was a significant factor in my decision to watch this film out of the hundreds of others available.

There’s so little to write about!!! I almost feel like I’m letting you down but then I remember that I’m basically writing the equivalent of a dissertation every 5 days of December and I stop feeling guilty.

When it comes to Christmas Day Ms. Scrooge is repeatedly told that she “suddenly looks really pretty”. She then buys a turkey for Bob anonymously and then immediately turns up to reveal to the Cratchits that she bought said turkey. Tiny Tim eventually makes the connection. Him and Scrooge then exchange the following stupid dialogue:

“Don’t you get it? It was Ms Scrooge who sent us the turkey!”

“How did you guess that?”

“I didn’t guess, I put two and two together.”

“Yeah I like math best of all in school.”

This was by far the most unremarkable, forgettable adaptation of A Christmas Carol I’ve seen yet. Every chance it could’ve taken to do something original or interesting it didn’t. I mean, it was technically competent but… why?

4 slow growing congenital tumours out of 10

Just less than 800 words this Chradvent. Don’t worry lads, tomorrow will be a doozy.